Women’s Forum on empowerment and thriving in the digital economy 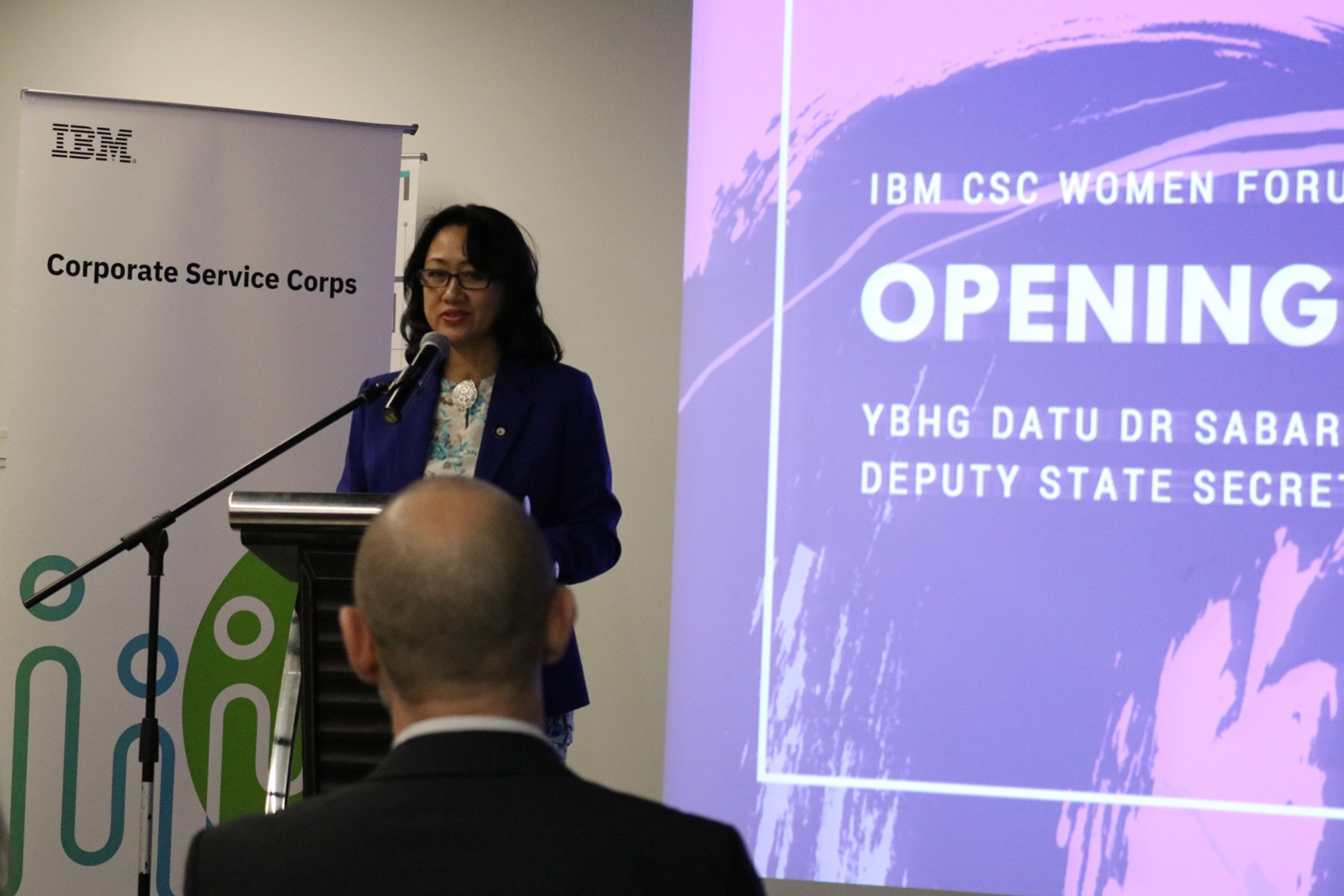 KUCHING, 21 March 2018: More than 100 women from universities, non-profit organisations, government agencies and the media attended the Women’s Forum at the TEGAS Innovation Hub to share their journey as women at work, home and business.

Rashidah delivered her address on “Leading Sarawak at an Inflection Point”, Juvita shared her tales as a social entrepreneur and Chong delivered a keynote on “Transforming Women to Thrive in Sarawak’s Digital Era”.

The three presentations shared a common thread that stressed on the importance of a woman’s role in each socio-economic era that echoed the theme #PressforProgress championed by women worldwide. THe presentations included what could women do to empower themselves and tips on thriving in the digital economy.

“The forum is a good avenue to hear stories of how women from different economies and environments adapt with digital changes,” said Sabariah, adding that it brought new perspectives that could lead to mindset change and cultivation of more women entrepreneurs.

Sabariah said that such forums also fit well with her personal aspiration to see Sarawak progress further and all Sarawakians would benefit from the state’s development.

The audience also heard from a panel of five speakers on the topic of “Mistakes that you don’t want your daughter to make” moderated by Vijay Moorthy from IBM. The speakers on the panel were Juvita, along with other representatives from IBM: Bianca Perez, Donally Visagie, Martina Gonosova and Dan Leach. The IBM panellists were among the 15 consultants who had spent a month in Kuching in pro-bono consultation with four government agencies.

The forum was held in conjunction with Women History Month in March. Women all over the world also celebrated International Women’s Day on 8 March.