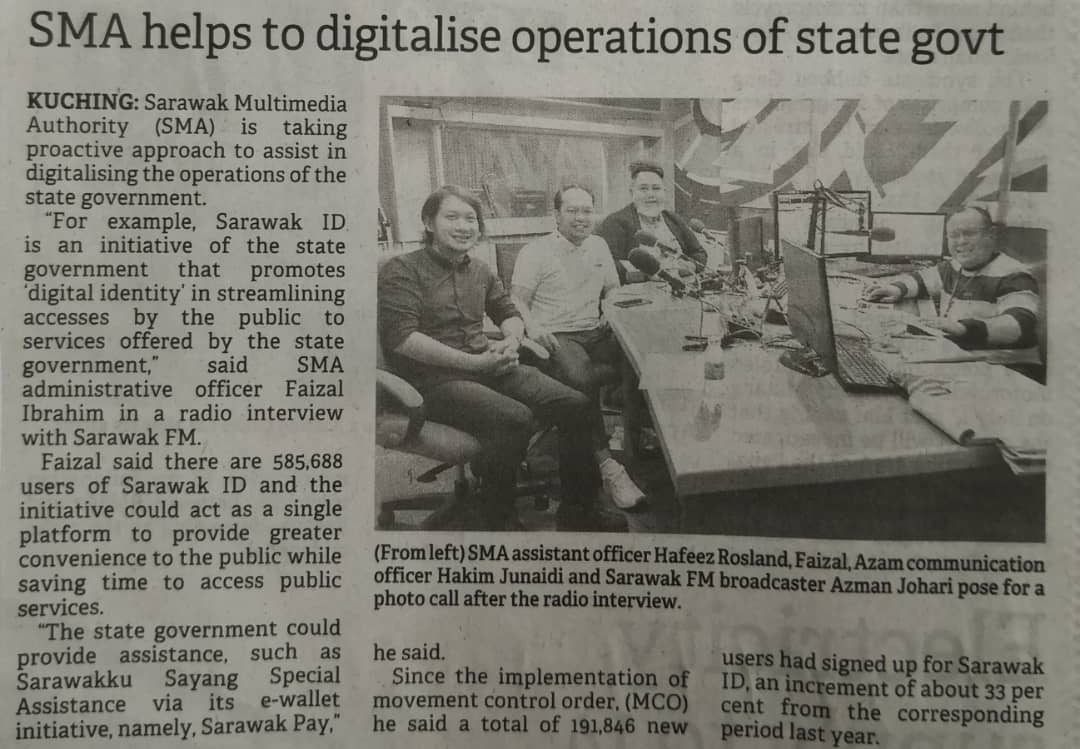 KUCHING: Sarawak Multimedia Authority (SMA) is taking proactive approach to assist in digitalising the operations of the state government.

For example, Sarawak ID is an initiative of the state government that promotes ‘digital identity’ in streamlining accesses by the public to services offered by the state government,” said SMA administrative officer Faizal Ibrahim in a radio interview with Sarawak FM.

Faizal said there are 585,688 users of Sarawak ID and the initiative could act as a single platform to provide greater convenience to the public while saving time to access public services.

“The state government could provide assistance, such as Sarawakku Sayang Special Assistance via its e-wallet initiative, namely Sarawak Pay,” he said.

Since the implementation of movement control order (MCO) he said a total of 191,846 new users had signed up for Sarawak ID, an increment of about 33 percent from the corresponding period last year.