Forty six representatives of the local community in Sarikei completed a one and half days workshop today called Randau Digital organised by the Sarawak Multimedia Authority (SMA) and Angkatan Zaman Mansang Sarawak (AZAM Sarawak) in collaboration with the Sarikei Resident Office.

Closing the workshop at the Sarikei Innovation Centre this afternoon, Madam Felicia Tan, Resident of Sarikei called on the local communities in the division to equip themselves with digital knowledge and skills to participate in digital economy.

She urged the people to take advantage of Sarikei’s potentials as a Food Basket in central region to utilize digital technology and platform to improve the production and marketing of Sarikei’s food products not only locally but also internationally.

The workshop programme aimed to enhance awareness on digital economy among the local communities and, to encourage rural communities to take initiatives to ensure that their communities are digital-ready.

This programme featured speakers from various relevant agencies including a representative from SMA who spoke on Sarawak’s digital economy strategy. Meanwhile, a representative of Pustaka Negeri Sarawak spoke on community digital readiness – the involvement of community and library and, a speaker from CENTEXS that briefed participants on technical and digital training programmes offered at the institution. Participants were also exposed to the various steps towards becoming digital entrepreneurs (usahawan digital).

This programme is the third community engagement workshop organised by AZAM Sarawak this year, after the ones in Bintulu and Kapit divisions, as part of SMA’s Digital Inclusivity programme which was initiated in 2018 and will run until 2020.

This Randau Digital is also organised to coincide with Sarikei Division’s Pesta Nenas dan Buan-buahan 2019 which was held from 22 November to 1 December. 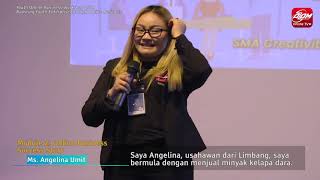 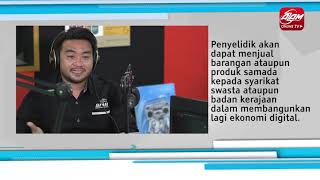