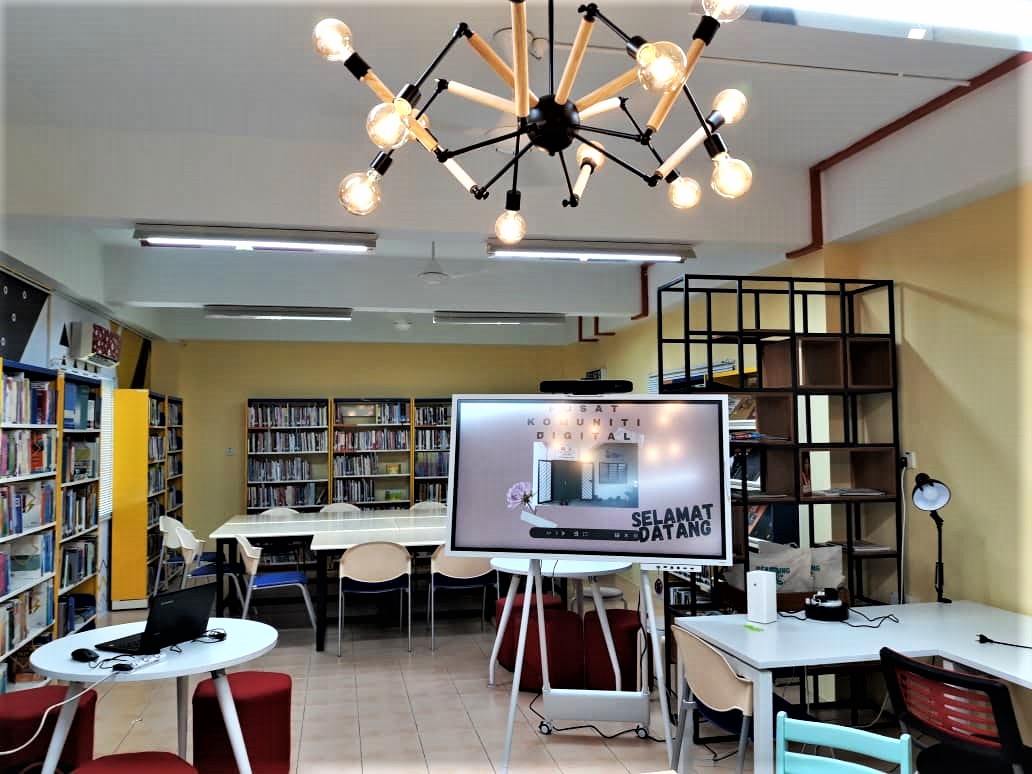 Public libraries have been around forever. The Roman Empire was the first to establish them in the western world. Then Fatimid Caliph Al-Hakim bi-Amr Allah (whose reign across parts of North Africa spanned from 996–1021) financed and established libraries open to the public to access books and even get them copied free of charge.

No matter the era, libraries have always served the greater public good by giving free access to people to learn and cultivate their interests.

Today, in the age of the digital economy, the aim to improve the community’s socio-economic status through the sharing of knowledge remains the same, as the Chief Minister Datuk Patinggi Abang Johari Tun Openg launched the 42 Digital Community Centres (DCC) across the state at the annual International Digital Economy Conference Sarawak (IDECS) organised by the state government through Sarawak Multimedia Authority (SMA) and Sarawak Centre of Performance Excellence (SCOPE) on October 8.

Established statewide to catalyse the community’s socio-economy through digital inclusivity, the DCCs will be equipped with broadband internet services, laptops and tablets, digital video conferencing, makerspace equipment including 3D printers, 3D pens and computers, micro and online books collections and digital information. They will also be managed by staff under Pustaka Negeri Sarawak’s supervision as well as the Local Government and Housing Ministry.

It seems only natural for Pustaka to be responsible for coordinating the DCCs throughout the state, as it has helmed very successful digital literacy programmes under PANDei (People Accessible Network for Digital Empowerment and Inclusivity), and last year garnered four awards, including one of the finalists for Confucius Literacy Prize from UNESCO. Over the last 20 years, Pustaka has tirelessly created and innovated on its public engagement activities, making the state library and its campuses truly multifunctional community centres for lifelong learning purposes.

With the 42 DCCs, Pustaka Negeri’s vision to provide open learning spaces and educational activities will be spread throughout the whole of Sarawak as these DCCs will be offering a variety of digital services to local entrepreneurs with socio-economic development and supply chains, on top of providing ICT services platform support, enhancing community digital skills and building talent capacity and increasing awareness and digital readiness for current and future needs.

A recent visit by AZAM Sarawak and Faradale Media-M Sdn Bhd to Perpustakaan Desa Bahagia Jaya Teku, Sibu on Oct 22 saw how a rural library could turn into a cutting-edge digital innovation hub, providing every segment of society with an opportunity to be hands-on with a variety of digital tools and services including a 3d-printer, a replicator, 3D pen as well as digital conferencing services among others.

Initially a rural project run by the National Library of Malaysia in collaboration with Pustaka Negeri, Sibu Municipal Council and Kampung Bahagia Jaya Development and Security Committee Members, Perpustakaan Desa Bahagia Jaya Teku began outfitting its facilities as a DCC in September, and was officially launched on October 7.

The establishment of this DCC at Dewan Masyarakat Teku will be particularly advantageous to the residents of nearby Kampung Bahagia Jaya as every segment of the community will benefit from this centre designed for innovation and new ideas through the various programmes under DCC which ultimately serve to strengthen information and communication technology (ICT) skills among students, youth and local communities.The community will also be able to do virtual video conferencing with their other networks, as well as with the other DCCs for knowledge sharing.

For the younger generations, exposing them to STEM tools like robotics, microcomputers and 3D printers will cultivate a future workforce that is IR4.0 ready, while the inclusion of a service for startups and co-working spaces under DCC’s initiatives will give young entrepreneurs and startups a platform to market their homegrown products or services.

Giving rural entrepreneurs the access to create their own job opportunities and generate their own income, it opens up possibilities of more locally-made products and homegrown businesses that could show off the region’s unique resources or features.

Equipping rural areas and communities with digital or smart centres may not be unique to Sarawak, but it is a formula that works in bridging the rural-urban digital divide.