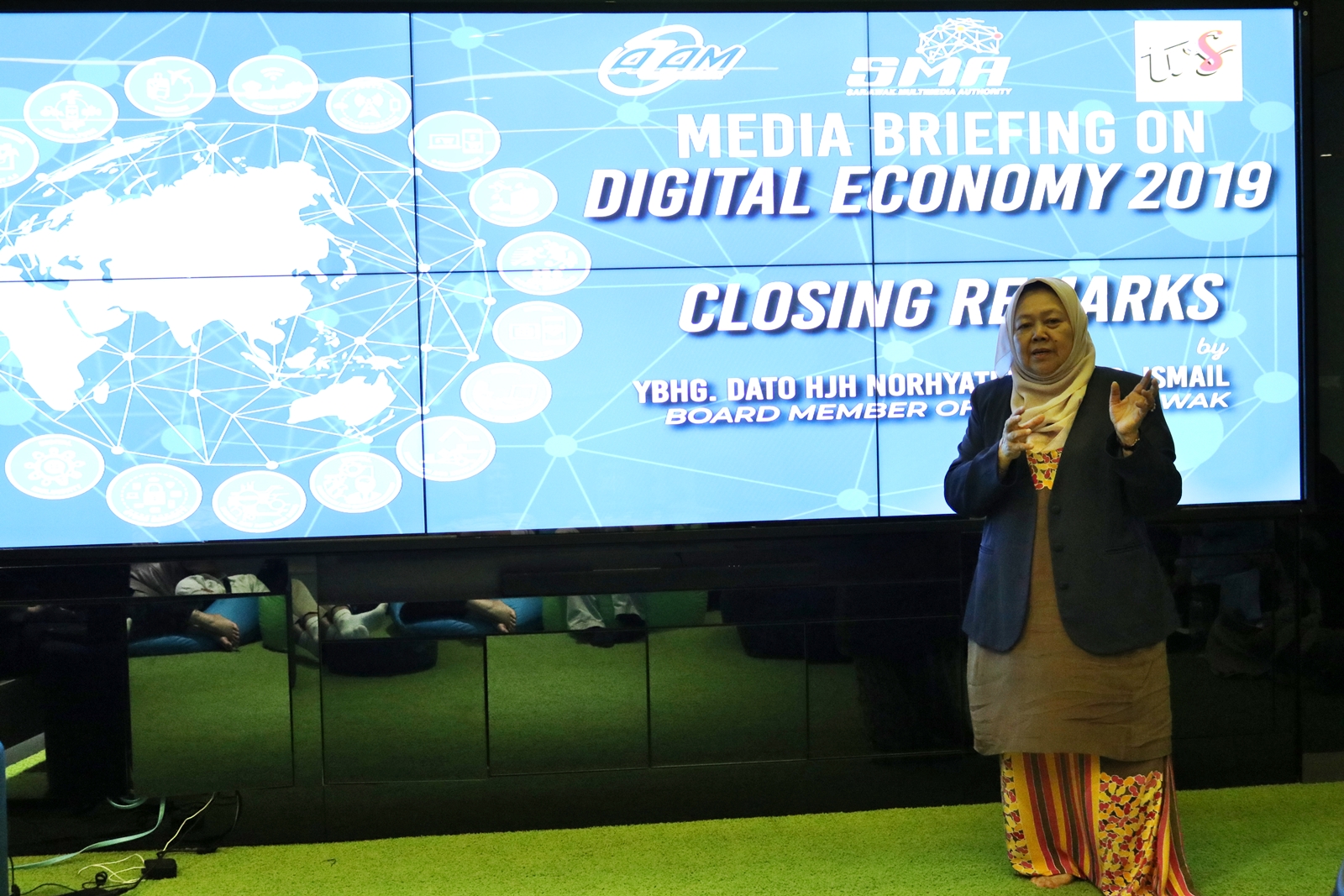 KUCHING: Digital inclusivity, whereby creating a digital-ready community through awareness- and knowledge-building, developing digital skills and competencies as well as promoting inclusive digital participation, are all vital to ensuring the implementation and smooth facilitation of the Sarawak Government’s digital economy agenda.

An important role to facilitating understanding among community stakeholders in the digital economy is by strengthening the media understanding of the key focus areas of the Sarawak Digital Economy. With that in mind, Sarawak Multimedia Authority (SMA) in collaboration with Angkatan Zaman Mansang (AZAM) Sarawak and TV Sarawak is organising a half-day media briefing for the media called for Media on Digital Economy on 28 March 2019 in Kuching.

The programme was primarily to familiarise local media with the Sarawak Digital Economy Agenda and update them on the progress of the various initiatives, as well as to provide a platform to initiate continuous media engagement on Sarawak’s Digital Economy agenda. The sessions were conducted by representatives from Sarawak Multimedia Authority (SMA).

Among the highlighted sessions from SMA representatives were on their roles and functions in Digital Economy agenda, while another session will be on the initiatives and updates on Digital Economy for 2019 such as on talent management, STEM and STEAM education, Smart Villages and many more.