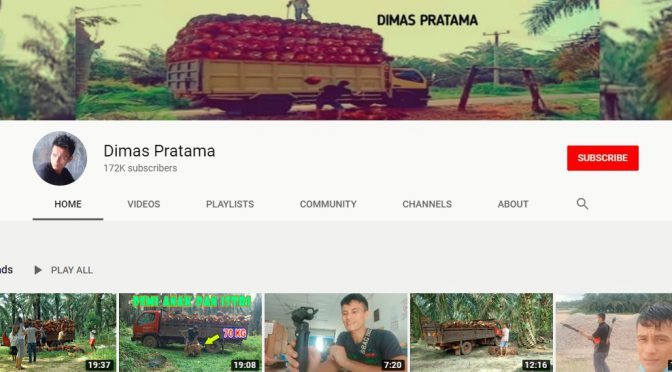 In the age of social media influencers, anybody with a smartphone has a thirst to be a content generator; to be an opinion leader; to earn money through likes and shares; to have a sexy Instagram, Facebook or TikTok account to earn money from.

Most of the time, however, we doubt our ability to produce content that people will be interested in.

Here’s where YouTubers like Sugu Pavithra and Dimas Pratama buck the trend, answering the question “What can I blog/vlog about?”

Since then he has garnered more than 170,000 subscribers and posted 396 videos (and counting).

To date, his most popular video is “Beginilah menghidup keluarga kecil ku” which was posted July 5, 2018 and has been viewed over five million times. It runs just shy of 5 minutes, and is just him loading the lorry with oil palm bunches against a very “menyayat hati” track.

Among the videos of his work on the oil palm estate are other videos offering viewers a slice of life for foreign workers labouring away in the out-of-sight oil palm plantations.

His channel is very much a personal vlog. Besides his daily work, viewers will discover the day he lost his job due to his YouTube channel, his last day at said job, saying goodbye to his wife as he leaves to work away from home in Malaysia, and even his first paycheque amounting to RM1,122 from his new employer at a Malaysian oil palm plantation.

So what is Dimas’ appeal?

He doesn’t follow any SEO formula, his videos go over the recommended 3-and-a-half-minutes length, sometimes the camera is shot vertically, other times his colleague’s fingers are on the camera lens, but he’s very honest and plainspoken, two values which appeal very much to the Malaysian and Indonesian masses.

His video “Gaji pertama dari YouTube di hambur2 kan” will give some insight on Dimas’ appeal to Malaysians and Indonesians as we see him donate part of his first YouTube paycheque to an orphanage and a portion to buy his son a bicycle.

On Mar 26, 2020 his wife took her turn to be featured on his channel as she unboxed his YouTube Silver Play Button which was sent to his home in Indonesia. 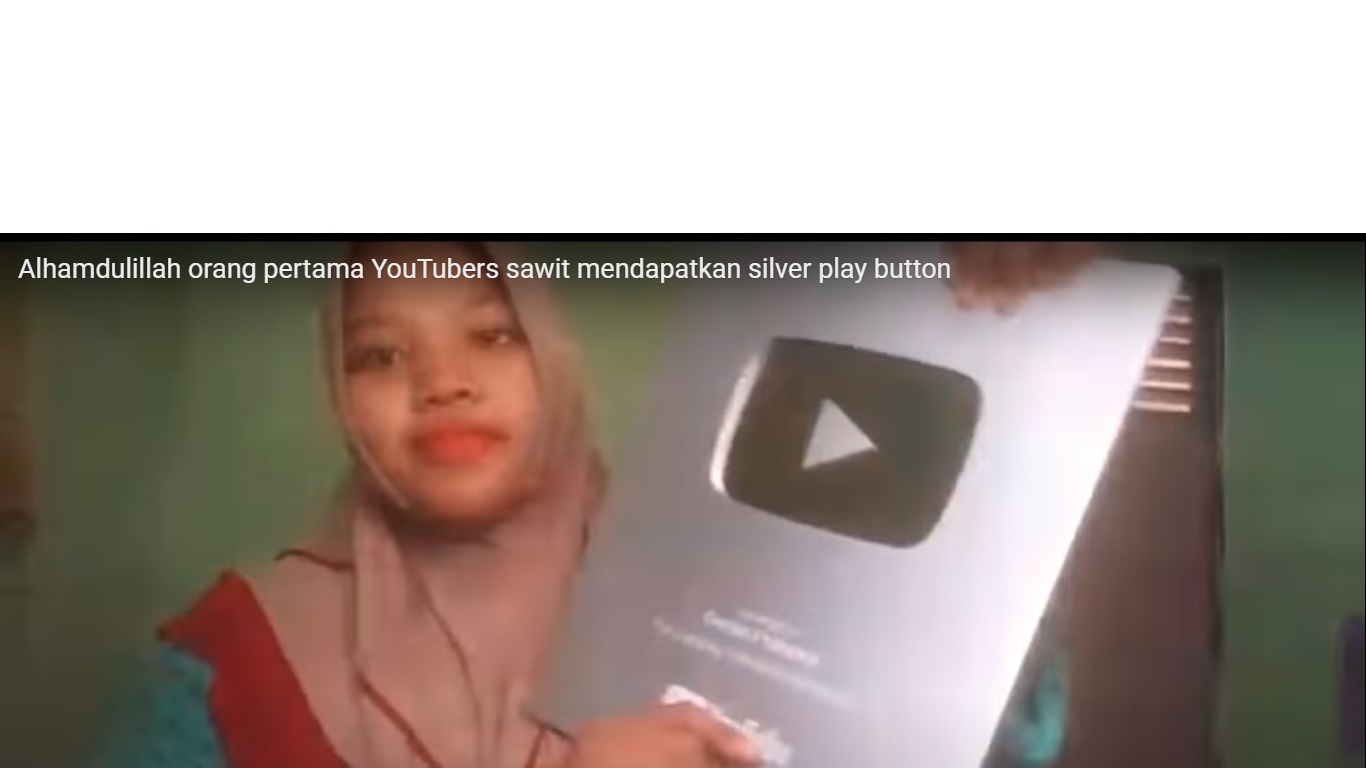 What can we learn from vloggers like Dimas? Looking back at Era’s Fir Afandi and Afick Wazai who talked at the Sarawak SocMed Influencers programme jointly organised by AZAM Sarawak and Koperasi Belia Inovatif Sarawak (Kobis) in 2019, it’s about knowing your target market.

During their forum session, the men behind the aunties Mak Cik Bawang “Champion”, disclosed their own experience trying to win over the hearts of a Sarawakian audience.

According to them, Sarawakians like the everyday man. Thus, a content creator’s material has to be relatable to all levels of society and reflect Sarawak’s humble roots and culture, which can be seen with the popularity of vloggers like Ngektsai and the Mak Ciks themselves as they feature commonplace and ordinary people (with a twist).

A brief glance through the comments sections on Dimas’ own channel will show that viewers throughout Malaysia and Indonesia also share the same preference as they share how they are touched by Dimas’ humility and sense of gratitude.

He also shares a special something with established YouTubers, and that is authenticity.