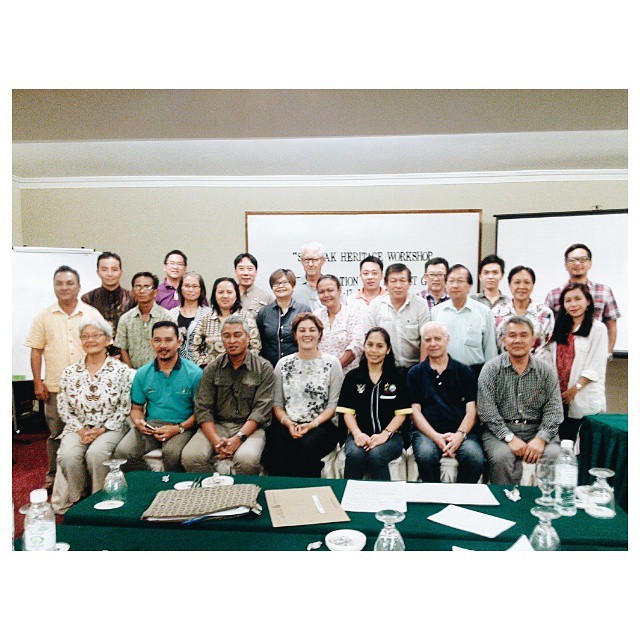 KUCHING: The Sarawak Heritage Society (SHS) joined forces with the Ministry of Tourism for the second time to present a workshop on ‘Sarawak Heritage and its interpretation for Tour Guides’ with Sarawak Tourist Guides Association (SKTGA) members recently.

Following on from last year’s success, the program extended into three days in which members of the society and participants shared information and expertise on Sarawak’s heritage.

The workshop was also expanded to include representatives from Sarawak Forestry Corporation (SFC), the Tourist Police and Angkatan Zaman Mansang (AZAM), bringing fresh perspectives and energy to the programme.

Participants were introduced to general heritage principles and Sarawak’s heritage and history, including recent conservation projects in the state, such as, Fort Margherita and Fort Alice.

The participants enjoyed being on the other side of the guide/tourist relationship when they were taken to visit two of Santubong’s major archaeological sites and later the Chinese History Museum, and Ewe Hai and Upper China streets. This was conducted using heritage guiding techniques by SHS president Karen Shepherd and experienced volunteer heritage guide Paul Gerarts.

During the workshop, participants had the opportunity to highlight lesser known heritage sites as diverse as St James’ Church in Kampung Quop and a durian orchard in Siburan. They also made suggestions to the Ministry representatives on potential problems and solutions for tourism in these sites.

Ministry of Tourism principal assistant secretary Connie Christopher Kesa warmly welcomed their input as a means to inform the upcoming meeting of the State Tourism Task Group Committee to be presided by Assistant Minister of Tourism Sarawak Datuk Talib Zulpilip in Sibu.

Meanwhile, Shepherd said: “Heritage and tourism are not natural partners, contrary to popular belief. When carefully managed, tourism can help to support heritage conservation, through awareness and of course through income generation.

“However, if not, tourism can cause untold damages. Therefore, the society would like to commend the Ministry of Tourism for approaching this workshop from a genuine heritage perspective. They have shown that they are committed to the idea that we share our collective heritage with our visitors rather than allow them to dictate its future.

“Personally, I was hugely impressed and heartened by the knowledge, expertise and enthusiasm of the participants. They showed a genuine commitment, not just to enriching their guiding experience but also to heritage protection and concerns in the state.”.