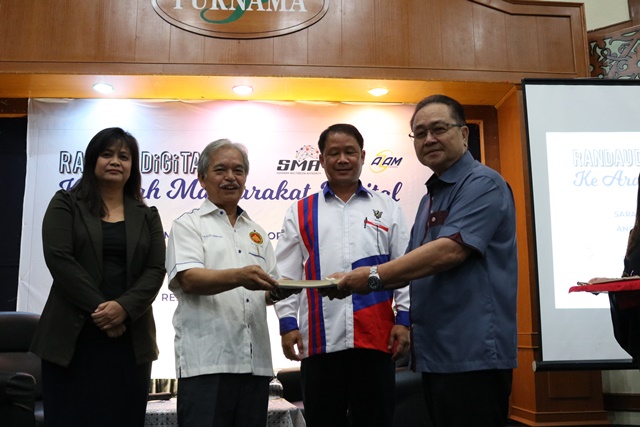 LIMBANG, Sept 6: In efforts to ensure that Sarawakian communities are well-equipped to participate in the new digital economy, the first in a series of Randau Digital Sarawak workshops themed “Ke Arah Masyarakat Digital” was held yesterday (Sept 5) in Limbang as part of the state’s initiatives to ensure digital inclusivity across Sarawak.

The workshop focused on familiarising and educating grassroots leaders on development strategies and trends under the digital economy agenda as well as equipping them with the relevant knowledge and networking to enable them to mobilise their communities to initiate activities that promote and nurture digital economy.

“There are many opportunities under digital economy for us to explore, especially in terms of agriculture in Limbang where we are lacking in manpower,” said Paulus, adding that it was difficult to find workers in Limbang, citing cases where farmers or smallholders had been struggling to maintain their farms and collect their produce due to this shortage.

“There are some initiatives where automated irrigation systems have been applied to solve these kinds of problems,” Paulus continued, adding that this kind of automated farming and fertigation could be applied to other crops such as chilli.

He urged participants to also take advantage of free platforms like MyBazar or social media to sell their local products for a wider market reach.

The next workshop is scheduled to be held in November for Miri Division.