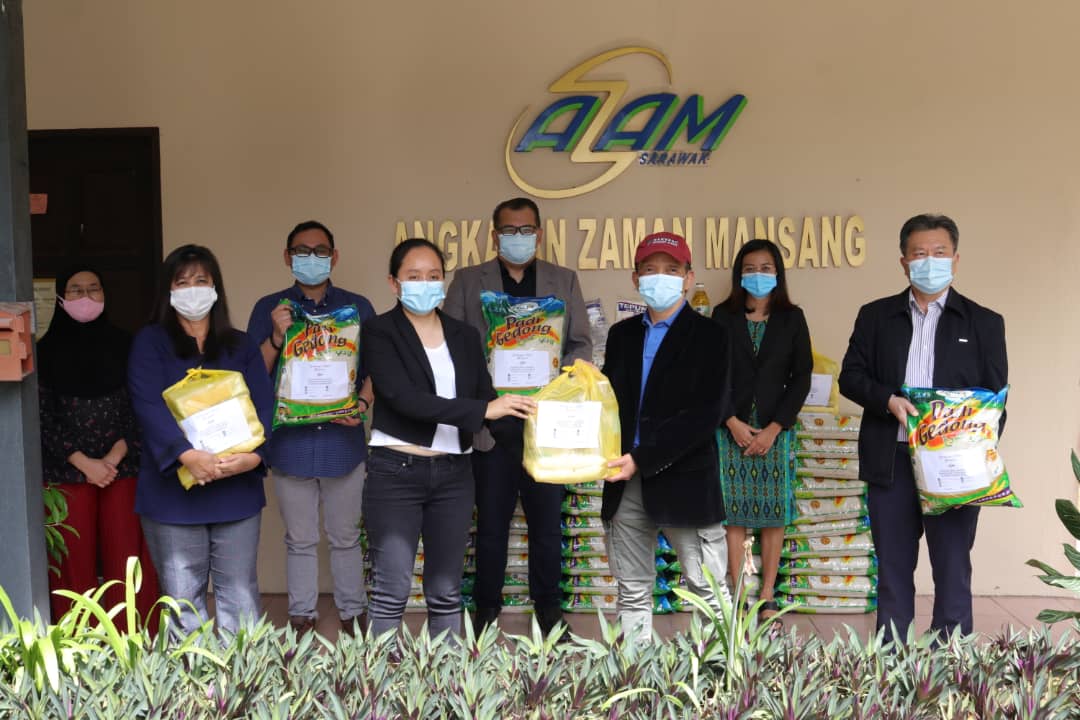 A community initiative supported by Sarawak Multimedia Authority (SMA), #JagaSamaDirik has been active throughout the movement control order (MCO) channeling much-needed personal protective equipment (PPE) for frontliners as well as food aid to families impacted by the COVID-19 pandemic.

Today’s food contributions from the AZAM Sarawak organisation and its members will be distributed this weekend to 60 families in rural areas including Bau, Padawan, Samarahan, Serian and Asajaya.

”As a development communications NGO, it is our responsibility to help alleviate the economic repercussions from the COVID-19 pandemic and the subsequent movement control orders, especially for the needy families,” said Acting Chairman of AZAM Sarawak Datu William Patrick Nyigor who handed over the food packs today.

For Jasmine Wong, person-in-charge of food aid by #JagaSamaDirik: ”Actually all the volunteers initially did not know each other however everyone showed wonderful initiative in donating and wanting to help this campaign. It is very heartwarming to know that the community is giving their support to us.”

”On behalf of SMA, we would like to recognise the collective efforts of our talented startup and tech communities, the hundreds of selfless volunteers across Sarawak, and the NGOs, including especially AZAM, for this organic effort to make a difference and support the frontliners, and our fellow Sarawakians. It is a testament to the unity that we have as Sarawakians, that we all try to look out for each other, to #jagasamadirik,” said Hazwan Razak, Head of SMA’s Digital Village Unit.

The food packs were made up of essential food items such as rice, cooking oil, sugar, crackers and noodles.